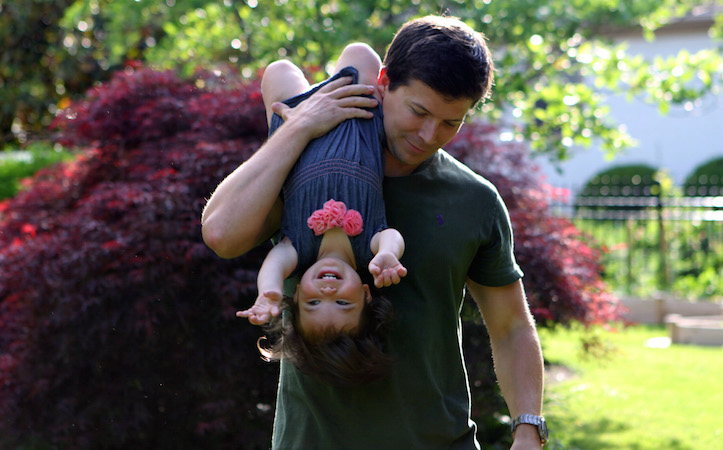 A father of three and native Lexingtonian, Dr. Raybould is a Board Certified Pediatric Dentist and is the founder and team leader of Modern Kids Dentistry. As a youngster, he attended Glendover Elementary, Lexington Traditional Magnet School, and Lafayette High School. An accomplished violinist, in 2005, Dr. Raybould earned a Bachelor of Music Performance degree at the University of Kentucky. From there, he proceeded to the College of Dentistry at UK, graduating in 2009. During his 8 years of undergraduate studies and dental school, Dr. Raybould was a member of the Lexington Philharmonic Orchestra and taught violin in a private studio.

In 2007, Dr. Raybould was commissioned in the United States Air Force. He began active duty as a Captain in 2009, upon graduation from the University Of Kentucky College Of Dentistry. During his time in the Air Force, he completed an Advanced Education in General Dentistry (AEGD) residency at Bolling Air Force Base in Washington, D.C., followed by 3 years serving as a dentist at the Pentagon. Dr. Raybould also spent 7 months in Kabul, Afghanistan, building a dental clinic and treating service members from around the world. For his service in Afghanistan, he received the Defense Meritorious Service Medal.

In 2013, Dr. Raybould returned to Lexington to complete his residency in Pediatric Dentistry at UK. Happy to be back in the Bluegrass, he decided to develop a practice that combined his love for the Lexington community, public service, fine arts, and children: Modern Kids Dentistry.

In his spare time, Dr. Raybould enjoys spending time with his three daughters, teaching violin, and playing his banjo. 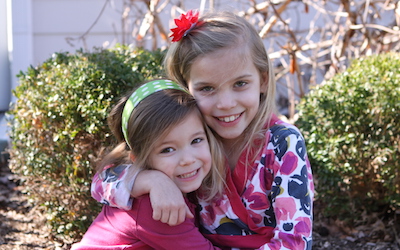 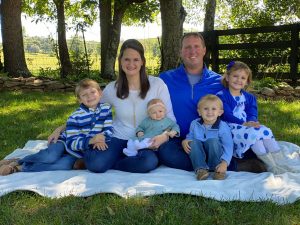 We are proud to have Dr. Grace leading our Modern Kids Dentistry Nicholasville location. Originally from Paducah, KY, she came to Lexington in 2000 where she attended the University of Kentucky. During her undergraduate years, she was a resident advisor and studied abroad for one semester in Morelia, Mexico. In 2005, she graduated from the University of Kentucky with Bachelor of Science degrees in Biology and Spanish. Dr. Grace then went on to earn her Doctor of Dental Medicine degree from the UK College of Dentistry, where she was dental school classmates with Dr. Justin Raybould. She completed a General Practice Residency at UK and then spent one year working at the Family Care Center as the dental director. In 2013, she completed her pediatric residency and joined Danville Pediatric Dentistry where she has worked for four years. Dr. Grace is a board certified pediatric dentist through the American Academy of Pediatric Dentistry.

During her four years in dental school, Dr. Grace became interested in dental mission trips and traveled to Honduras four times. Combining her love for dentistry, helping others, and speaking Spanish, dental mission trips have become an important part of her life and who she is. Since 2011, each January Dr. Grace has gone on a medical/dental mission trip to Guatemala and hopes to continue this tradition for years to come. She is an active member in her church and where she taught Sunday school for 6 years.

Dr. Grace resides in Nicholasville, KY with her husband Josh and four children, Logan, Ava, Easton and Savannah.  In her spare time, she enjoys spending time with her family and friends, traveling, and running. Dr. Grace looks forward to creating a positive dental experience for your child at Modern Kids Dentistry of Nicholasville. 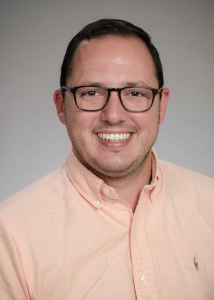 A native of Inez, Kentucky, Dr. Kyle Kirk is a graduate of the University of Kentucky. There, he completed his Bachelor of Science in Biology and Doctor of Dental Medicine degrees. After dental school, he moved to Seattle, Washington, where he completed his Certificate in Pediatric Dentistry and Master of Science in Dentistry at the University of Washington. Following graduation, he returned home to treat the kids of central and eastern Kentucky.  Dr. Kirk works at both our Elizabethtown and Lexington locations.

In his free time, Dr. Kirk enjoys spending time with family and friends, playing tennis and cooking. He’s excited to be back in the Bluegrass to cheer on the CATS and visit Keeneland in the fall and spring. 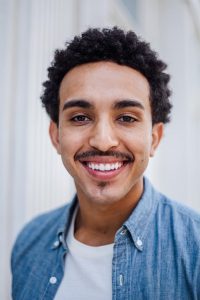 Dr. Angel Lopez has joined our team! This Texas native was quickly charmed by the southern hospitality of our great state of Kentucky. Before making his way here, Dr. Angel completed his undergrad at Abilene Christian University, then his DDS at Texas A&M College of Dentistry, and finally completed his pediatric dental residency at Cincinnati Children’s Hospital Medical Center.  When asked WHY pediatric dentistry, Dr. Angel replied, “I love the kiddos. To me, there is nothing more special than being able to equip children and parents with the knowledge they need to conquer those sugar bugs.”

1. He’s an actor-like the real deal-having been in several commercials, films and short films.  He believes his passion for acting equates to his passion for pediatric dentistry. “To be able to ‘act’ with children every day, makes going to work a true joy.”
2. He has a two year old Australian Shepherd named Barley. Dr. Angel is proud to call himself a “Dog Dad.”

3. Traveling the world. He recently started a blog to record his traveling experiences and plans to go on as many adventures as possible.
Modern Kids Dentistry is absolutely thrilled to have Dr. Angel join us and we look forward to what he has to offer our patients and their families! If you meet him, please keep that southern hospitality going by giving him a huge welcome! 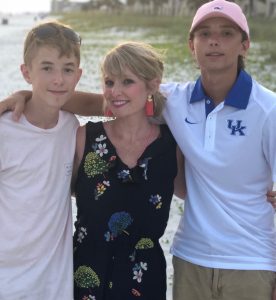 Behind the scenes, Arnessa has helped tremendously with the development and launch of Modern Kids Dentistry. In the office, you will find her smiling face hard to miss!

Arnessa has worked in the dental field since 1996. She began her career as a receptionist, but immediately developed an interest in the clinical aspects of dentistry. She quickly transitioned to a dental assisting position while pursuing her Associates in Applied Science of Dental Hygiene from Bluegrass Community and Technical College. She completed her associate’s degree in 1999. In 2011, she furthered her education by earning a Bachelor’s in Applied Science of Dental Hygiene through the University of Bridgeport Connecticut.

She has treated thousands of patients over the years and has had the privilege of watching many toddlers grow into successful adults. She strongly believes that she has the best job in the world, in making a difference in how her patients feel about their smiles, developing long lasting friendships, and turning dental fear into smiles and laughter as trusting relationships develop with every visit.

In her spare time, Arnessa enjoys spending time with her two adventurous boys.  Together they enjoy traveling to her hometown in southeastern Kentucky to relax and go four wheeling as well as spending the occasional weekend boating and fishing at Lake Cumberland.